Household Basket: the grumblings, the course of prices and the discussion of more branded products

Adonis Georgiadis, Minister of Development, left open the possibility that supermarket chains would be forced to include at least one branded product in certain categories in their "Household Basket". 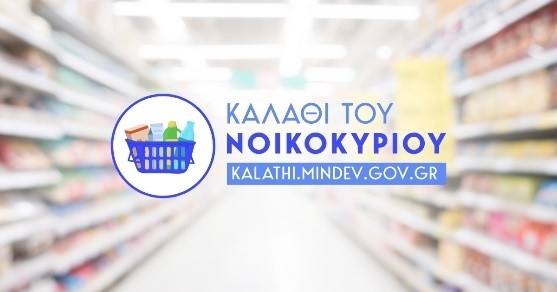 During a press conference at the Ministry of Development, Mr. Georgiadis, when asked about this, clarified that this cannot be done by imposing specific branded products from the ministry, but "it could be mandatory to have at least one branded product. In that case, we would let the market decide which branded product in each category it would be." He added that his philosophy is to let the market run, avoiding mandatory measures, while he emphasized that the completion of the relevant discussions with both the market and the Competition Commission is still pending.

Complaints from supermarkets and food industries

The Minister of Development pointed out that there were and still are many complaints from the supermarkets, "that now the basket costs them a lot of money, because precisely because it has increased the share in their turnover to a very large extent, if they did not sell at the basket prices but were selling at normal prices, they would have a very significant difference in their turnover", while there are, as he said, chains that sell products in their cart below their cost, just to be able to present a competitive cart against other chains.

He also noted: "On the part of the supermarkets, there is a concern that if this continues, the basket will now be a section with a large impact on their annual results. And on the other hand, we have the food industries that have raised the issue of the absolute need for their products to be included in the basket as many branded products have already lost a large share of the market because they are not included in the basket".

He also revealed that, the share of the Household Basket in supermarket turnover is now large and is increasing week by week.

Fixed prices on 87% of the Basket’s products

As he observed, the increases are only in fresh products and none of the packaged ones, so basic products, such as milk, pasta, flour and sugar, which are the basic consumer goods, have been stable with decreasing trend from the first week until today.

"So, these controls will continue and I emphasize, they continue and outside of the Basket as well. They don’t just apply to the Basket. The fight against profiteering continues. I have to tell you, however, that despite the generalized image that the higher prices logically create for the average citizen that there is accuracy that is basically due to profiteering, the checks prove the exact opposite", he explained. 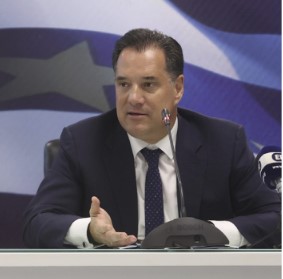 Possible extension of the measure

When asked if the measure of the Household Basket will be extended beyond the end of March, the Minister of Development replied: "The basket is a measure of a limited period of time and has been granted permission by the Competition Commission for emergency reasons. As long as the emergency reasons continue, it will obviously be extended. If the emergency reasons are lifted, it will not be extended. So, the question is whether at the end of March, when the Basket expires, will inflation be where it was before the war or will it be about where it is now? If you have the answer to this question, you will know if it will be extended or not. It is so simple. Our goal is that in the end, there is no need for a Basket and that the market operates freely, that is our goal. But I repeat, the Basket is an emergency measure under emergency conditions of limited duration."