World food prices in supermarkets are expected to rise to the highest level of the decade, while the energy crisis threatens to worsen the situation, analysts warn. 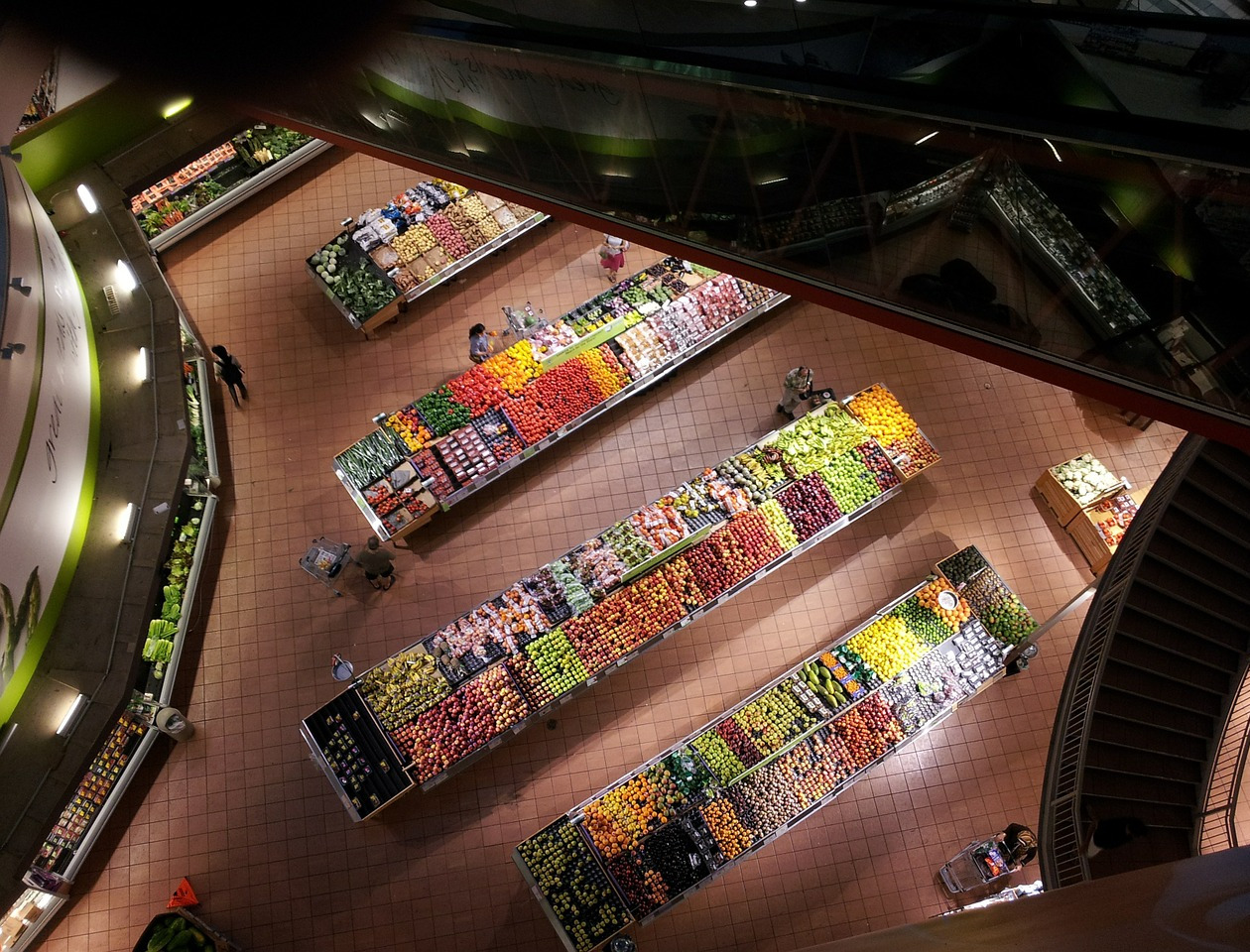 ‘Harvest failures, high demand and supply chain disruptions, have raised the Food and Agriculture Organization of the United Nations (FAO) food price index by 1/3 over the past year. The latest increase, last month, came when prices for almost all types of food rose, escalating headaches for consumers and central banks.’ said Megan Durisin, a Bloomberg journalist specializing in agriculture and commodities.

THE INCREASE OF ELECTRICITY COSTS INCREASES THE PROBLEM

The rising electricity bills are exacerbating the problem, escalating the cost of fertilizer production, and transporting goods around the world, while the situation seems alike the price increases during the 2008 and 2011 food crises. In addition, the UN warns that the energy ‘rally’ could also lead to further diversion of food crops to biofuels.

As announced by the FAO earlier this month, the FAO food price index, which tracks the international prices of the world’s most tradable food, averaged 130.0 points last month, reaching its highest level since September 2011, mainly due to the increase in prices of cereals and vegetable oils. In August, the index was at 128.5 points. On an annual basis, prices increased by 32.8% in September. 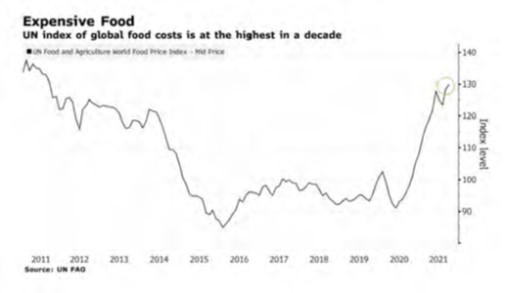 World sugar prices have risen during a period of concerns about adverse weather conditions in Brazil, which have been partially offset by a slowdown in demand and favorable production prospects in India and Thailand.

In terms of grain production, the FAO forecasts a record world harvest - 2.800 billion tons for 2021, slightly higher than the 2.788 billion tons forecast one month ago.

Taking a closer look at global wheat supply and demand, the G20 Rural Market Information System (AMIS) reported that bad weather this season, has affected especially wheat crops in many key producing countries, so it is possible that world wheat stocks will fall below the initial levels during the period 2021/2022. ‘With most of the cuts accumulating in major exporting countries, the signs are worrying in terms of world markets’ supply, increasing the possibility of even higher wheat prices this season.’.

At the same time, AMIS emphasizes that the current situation in the supply of wheat must be assessed in the light of significant and rapidly changing developments in the energy markets and the supply chain. The easing of the restrictions imposed by the pandemic is likely to keep the economic recovery on track, raising oil, gas and, consequently, fertilizer prices.

In addition, port congestion, as seen in China and the US, is also a concern, contributing to supply chain disruptions, which - along with increased fares - could add more volatility to wheat prices and increase costs, which could be a major burden for the world’s poorest countries.

For his part, Wall Street Journal columnist Jesse Newman said cost escalation and supply chain challenges are putting pressure on major US food companies, increasing food costs and blocking the flow of commodities onto retail shelves. According to him, the problems of the supply chain are increasing when the consumers are spending a lot on food, in supermarkets and restaurants. Particularly, consumers’ spending on retail businesses was 4% higher in August on an annual basis, while restaurant sales are also on the rise this year, as restrictions due to the pandemic have been reduced.