ADUS at the digital forum “The Winners - Commerce & Industry Forum 2021”

‘In the "battle of the shelf", companies are using known and secret "weapons". The smooth supply, the correct placement of the products, the proper display on the shelves and on the various spots of the supermarkets, the new digital possibilities for the display of the products are some of the things that a small or large retail supplier must pay attention to ...’ 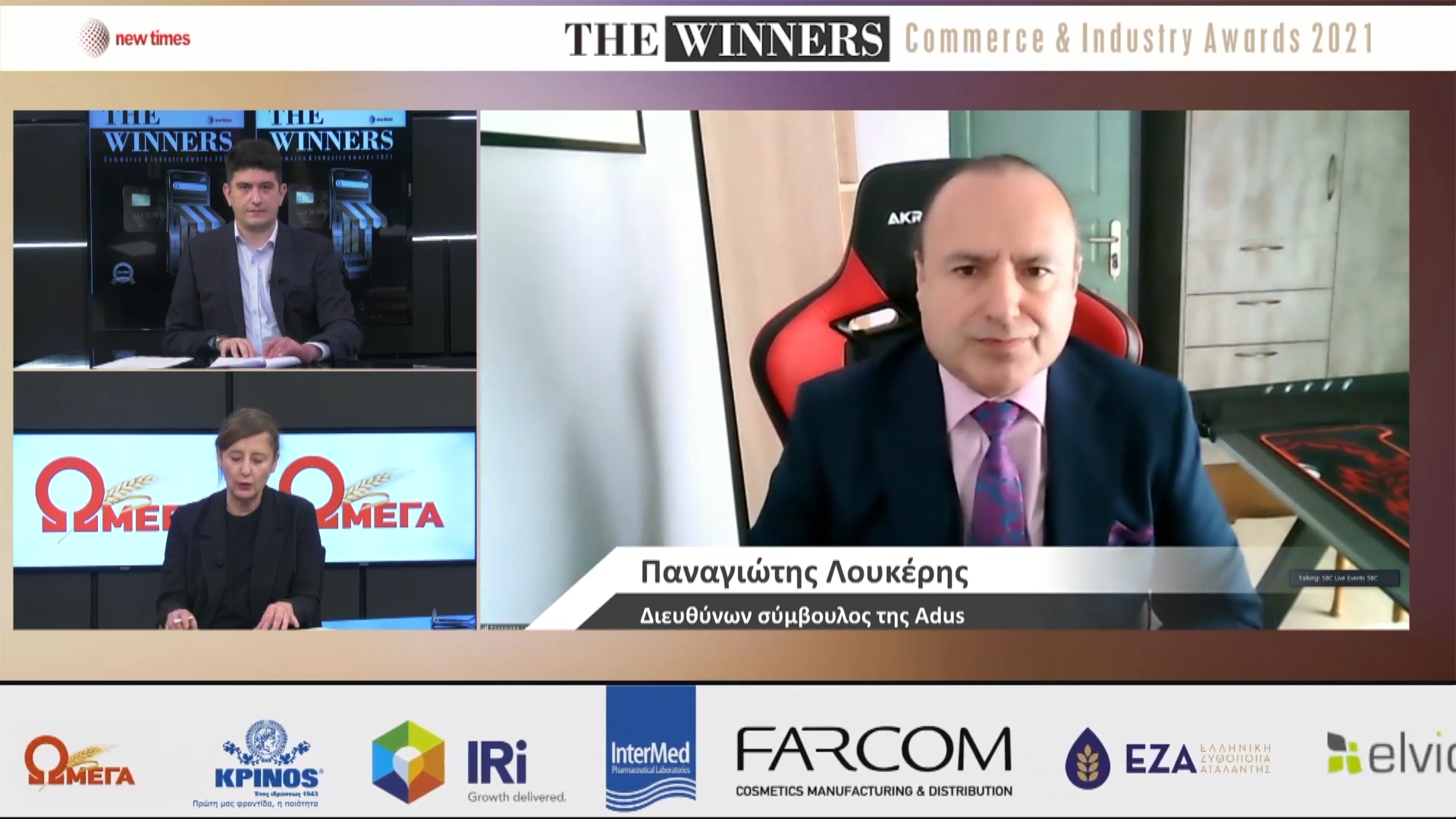 Mr. Panagiotis Loukeris, CEO & Co-Founder of ADUS spoke about these "secret weapons" at the digital forum “THE WINNERS - Commerce & Industry Awards 2021”, organized by the NEW TIMES PUBLISHING, on Wednesday, April 14, 2021.

The forum presented updates on retail, the financial performance of retailers, latest developments of key product categories, as well as new ways of promoting products within supermarkets. During the forum, representatives of the state, important representatives of companies, and business entities, highlighted the developments in the Greek retail trade - primarily in the supermarket sector - as well as their suppliers, especially in the food industry.

In his speech, Mr. Panagiotis Loukeris, after thanking the organization of the digital forum hoping that the next will be live, he spoke about the "common secrets" in the supermarket sector and specifically the conditions that make a company "firepower on the shelf”.

Mentioning the fact that the sales in the supermarkets are impersonal, he stressed the crucial role of the presence of the products on the shelf, and the services provided by ADUS towards this direction: "... with a well-trained and specialized in the field of supermarkets sales team and with a schedule that is strictly respected, the company undertakes to visit the stores and to assure its customers that their products will be on the shelves, under any circumstances.".

Speaking of the pandemic that "tested the resilience of all systems" and was "a school that taught many lessons in every direction", he referred to those elements that played a decisive role for the companies that were affected, those that lost ground due to increased competition and those who managed to survive and to achieve the development.

“The illusion is that whoever enters the supermarkets has finished, whoever enters the supermarkets has just begun. Because one is not only interested to enter, but also to stay.”, highlighted Mr. Panagiotis Loukeris, referring to the set of outsourcing services provided by ADUS to companies that want to operate in supermarkets for the first time or want to strengthen their existing sales department, turning them into a "very important player in their market", "not for one moment but over time".

In conclusion, he stressed "If someone wants to engage in supermarkets, he can choose the services offered by our company ADUS, with confidence and profitability." and he wished all businesses and organizations a good restart.

The forum was held under the auspices of the Ministry of Development & Investments, the Hellenic Federation of Enterprises (SEV), the Research Institute of Retail Consumer Goods (IELKA), the Association of Business and Retail Sales of Greece (HRBA) and was dedicated to supermarket chains and their suppliers.